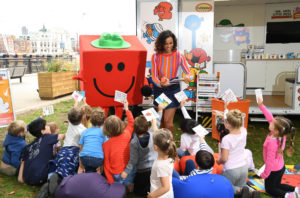 We’re officially into autumn and have plenty of licensed character events lined up for the month ahead.
The annual Brand Licensing Europe exhibition will be taking place at London’s Olympia from 9th-11th October and will be bringing as much character to the capital as ever. Characters in attendance will include Bing & Flop, Peppa Pig and Paddington so be sure to keep an eye on our social media channels for all the action.
October half term kicks off towards the end of the month which will see appearances from the likes of PJ Masks, The Gruffalo and Fireman Sam.
Read on for a snapshot of the events taking place over the next few weeks. As ever these are subject to change: 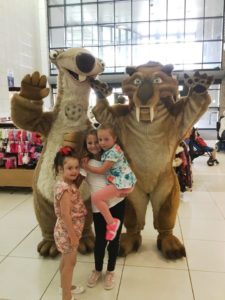 6th October: Little Miss Inventor starts off the month with an appearance at Cheltenham Literary Festival.
6th October: PAW Patrol’s Chase and Marshall are heading to Ireland to take part in a narration at Douglas Court Shopping Centre, Cork.
6th October: Adventure Time’s Jake and Finn will be appearing at the National Maritime Museum in Greenwich.
6th & 7th October: Peppa Pig will be spending the weekend at Ravenglass and Eksdale Railway.
9th October: Brand Licensing Europe takes place at London’s Olympia featuring the likes of Bing & Flop, Shaun the Sheep, Paddington and The Gruffalo.
13th October: Little Miss Sunshine is booked to appear at The Entertainer in Westfield Stratford.
13th & 14th October: Skye and Chase will be at Animal Farm Adventure Park in Burnham on Sea.
19th October: Mr Adventure will be meeting passengers at Heathrow Airport terminal 5.
20th October: Ben10 favourite Heatblast will be at Smyths Edge Lane.
20th October: Trolls Poppy and Branch will be at Smyths Liverpool today.
20th October: Peppa Pig will be appearing at Old Town Hall in Hitchin.
20th & 21st October: Marshall and Rubble will be at Severn Valley Railway in Kiddeminster.
21st October: Passengers flying from Heathrow terminal 3 might be lucky enough to spot Little Miss Explorer.
21st & 22nd October: Virgil from Thunderbirds will be at Kidtropolis at London’s Excel.
23rd October: The Gruffalo is booked to appear at Adventure Wonderland, Bournemouth.
23rd October: Owlette and Catboy will be at Crealys Devon.
24th October: Owlette will be joined by Gekko at Dreamland Margate.
24th October: The Gruffalo continues his busy week with an appearance at Drusillas Zoo Park, Sussex.
24th October: Fireman Sam will be appearing at Paddock Wood in Kent.
24th October: Little Miss Explorer will be making more appearances at Heathrow, this time at Terminal 2.
25th October: Catboy will be making a solo appearance at The Glades Shopping Centre in Bromley.
26th October: Owlette and Gekko will be at Woburn Safari Park in Milton Keynes.
27th October: Poppy and Branch are booked to appear at Smyths in Croxteth, Liverpool.
29th October: Crealys Devon will be playing host to Owlette and Gekko.