Just like logos, mascots are a one of the most important aspects of a brand, as it distinguishes and highlights you from the rest of the world.

Being vibrant, outgoing and recognisable are the only requirements.

Here are our Top 5 Greatest Mascots

Love them or hate them, they’re much better than the Go-Compare guy! The Compare the Meerkat advertisement campaign features Aleksandr the Meerkat, an aristocratic CGI fictional anthropomorphic Russian meerkat, along with his family, friends and his IT technician “Sergei”. 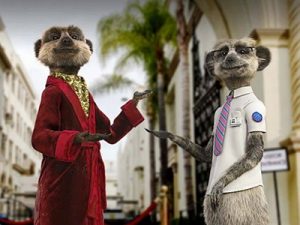 Originally, the advert played on the similarity between the words “market” and “meerkat”, but thankfully it’s moved on since that ridiculousness. The characters popularity, along with his catchphrase “Simples”, has generated the creation of more family members, more campaigns and the genius creation of Baby Meerkat, “Oleg” and the Two-for-One Cinema deals.

Since the launch back in 2009, Compare the Meerkat’s Aleksandr has published an “autobiography” entitled A Simples Life: The Life and Times of Aleksandr Orlov. The book generated more pre-orders than that of other books released at the same time including the autobiographies of Tony Blair and David Jason! From 2011, a cuddly toy representing one of the characters has been given away with each insurance policy sold via the website, including baby Oleg who was issued in 2013, followed by outfits to dress the cuddly merchandise, as well as limited addition Disney’s Frozen Meerkats, Batman Meerkats and Luke Skywalker Meerkats.

Aleksandr and Sergei, now days, are known for having a bit of a bromance and enjoying the showbiz lifestyle in LA!

If you haven’t heard of Benny the Bull, where have you been?! Benjamin T Bull, commonly known as “Benny”, is the mascot of the Chicago Bulls. Home to world-class basketball players such as Michael Jordan and Derek Rose. 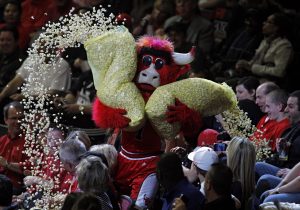 Benny is an expert in entertainment – he’s famous for his impressive dance moves, his back flips, multiple dunking tricks, giant popcorn spilling show, scoring impressive long-distance baskets, silly string-ing the audience, tearing off the warm-up pants off the players, riding his bike down the aisles, and shooting T-shirts out of his “Bullzooka”. He was made extra famous when a clip of him stealing somebody’s girlfriend over Kiss Cam and pouring a drink over the boyfriend, went viral!

We can’t stop watching his antics in action, he really is a master of the art of laughter!

You’ve probably grown up watching him and his friends over the years, but would you believe he’s an old man these days! Mickey Mouse was created way back in 1928 by Walt Disney and named Ub Iwerks, Since then, he has become a world-wide known mascot and brought Walt Disney a fortune valued at $178 billion.

It’s said that the creation of Mickey rescued Disney from having been swindled out of the rights to his character Oswald, the Lucky Rabbit. This was highlighted when Disney would often say in interviews, “It all started with a mouse”. Disney would often refer to his creation as his “partner”, which inspired Disney parks everywhere many years later to erect the famous “Partners” statue which depicts Walt Disney and Mickey Mouse holding hands.

As the official mascot of the Disney empire, Mickey has played a massive role in the Disney parks since Disneyland which opened its doors in 1955. Within the parks, Mickey is portrayed by a non-speaking costumed actor and been part of ceremonies, countless parades, and he’s even strapped on his skates and danced his ears off in the Disney on Ice shows. 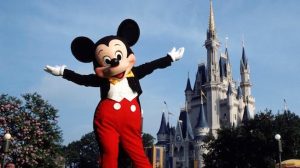 Cut to 22 short films, 10 full-length feature films, 6 separate television series stretching from 1955 to present day, and Mickey Mouse has his own merchandise, video games, and has won countless awards including, in honour of his 50th anniversary, becoming the first cartoon character to have a star on the Hollywood Walk of Fame.

Pudsey is one of the nation’s favourite bears. He’s the face of the charity BBC Children in Need which formed in 1980. But Pudsey didn’t arrive until 1985, when Joanna Lane who was working in the BBC’s design department, was asked to revamp the Children in Need logo. Speaking to the BBC about how she thought of the logo idea, Joanna said “It was very important to me that whatever we came up with was something that young children could relate to.” Pudsey even got his name from Joanna’s hometown of Pudsey in West Yorkshire.

Apart from a party hat worn to celebrate the telethon’s silver jubilee, Pudsey has remained very much the same, until 2007, when a revamp gave Pudsey another fresh new look and brighter colours in time for the 28th annual BBC Children in Need Appeal. 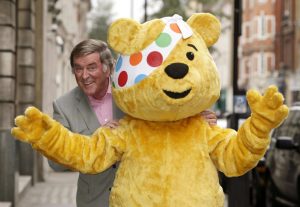 Since the launch back in 1980, Children in Need has raised an unbelievable, staggering, mind-blowing sum of over £800,000,000 for disadvantaged children and young people in the UK.

Children in Need has become an annual highlighted telethon in the British culture calendar, held in November and televised on BBC One and BBC Two from 7:30pm until 2:30am.