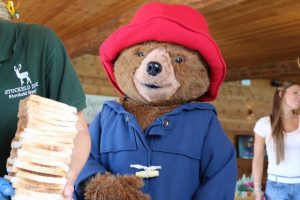 If you’re looking for ways to keep the kids entertained during the summer holidays you’ve come to the right place! August is shaping up to be a bumper month for licensed character events up and down the country.

Read on to see where your favourite characters will be over the next few weeks. All events listed below are subject to change: 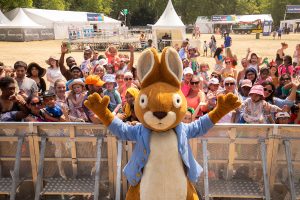 12th & 13th August: Chase and Marshall will be heading to Pembrokeshire to appear at Folly Farm.
13th August: Mr Adventure will be at Heathrow Terminal 4.
14th August: Peppa Pig and her partner in crime, George, will be at Drusillas Zoo Park.
15th August: Ice Age duo Sid and Scrat will be at Westwood Cross Shopping Centre.
16th August: Catboy will be making a solo appearance at Intu Uxbridge.
17th August: The Gruffalo is booked to appear at the Kingfisher Shopping Centre in Redditch.
18th August: Paddington will be heading down to the Isle of Wight to appear at their annual Garlic Festival.
18th & 19th August: All four PAW Patrol characters, Chase, Marshall, Skye and Rubble will be at Gloworm Festival in Newark.
19th & 20th August: Peppa and Daddy Pig will be at Folly Farm today.
21st August: Skye and Chase will be appearing at Camel Creek, Cornwall.
22nd August: Chase will be making a solo appearance at Yeo Leisure Park in Yeovil.
23rd August: Catboy will be at Intu Victoria Centre in Nottingham.
25th & 26th August: Paddington and Adventure Time’s Jake and Finn are appearing at Victorious Festival.
25th & 26th August: Owlette and Gekko will be at Brean Theme Park.
26th August: Visitors to Epping Ongar Railway might be lucky enough to spot the Gruffalo.
27th August: Peppa Pig will be at White Post Farm today.
27th August: Chase and Marshall will be entertaining racegoers at Chepstow Racecourse.
27th August: Skye will be making a solo appearance at Woburn Safari Park in Milton Keynes.
28th August: Bing and Flop are booked to appear at Adventure Wonderland in Bournemouth.
29th August: The ever popular Sid and Diego will be at Newlands Shopping Centre.
29th August: Little Miss Explorer rounds off a busy month at Heathrow T5.