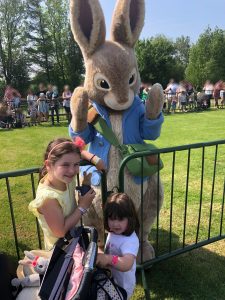 The summer holidays are just around the corner and so we’ve got plenty of character events in the diary to keep the kids entertained over the next couple of months. Plenty of fan favourites will be in action at venues up and down the UK, so expect appearances from the likes of PAW Patrol, Peter Rabbit, The Gruffalo and Bing & Flop to name just a few.

As ever all events below are subject to change:

1st July: Tree Fu Tom will be appearing at Ampthill Festival in Bedfordshire.
1st July: Catboy will be making a solo appearance at The Big Sheep in Devon.
1st July: Peppa Pig and George will both be at Cattle Country Park.
1st July: PAW Patrol’s Skye and Marshall are heading to Northampton & Lamport Railway.
7th July: The Gruffalo will be swapping the Dark Wood for Church Square in St. Helens.
7th July: Peter Rabbit will be hopping over to East Ham to take part in the Mayors Show.
7th July: Ben 10 favourite Heatblast is booked to appear at Smyths in Northampton.
7th July: Marshall from PAW Patrol is going to Crealys Adventure Park in Devon.
8th July: Fellow PAW Patrol favourite, Chase, will be at Leighton Buzzard Railway.
8th July: Today the Mayors Show in East Ham will be playing host to Paddington.
8th July: Fan favourites Bing & Flop will be heading to Essex to appear at Colne Valley Railway.
14th July: Chase and Marshall will be appearing at Dean Forest Railway today.
14th July: Peter Rabbit will be participating in a narration event at Darwin Shopping Centre in Shrewsbury.
14th & 15th July: Owlette and Catboy will be spending this weekend at Glenarm Castle.
19th July: Passengers flying out of Heathrow terminal 2 might be lucky enough to spot Little Miss Explorer. 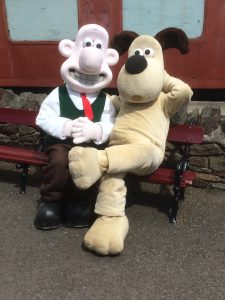 21st July: Octonauts characters Captain Barnacles and Kwazii are going to be at Touchwood Shopping Centre in Solihull.
21st July: The PJ Masks trio will be participating in a narration at Telford Shopping Centre.
21st July: Heatblast will be at The Entertainer in Bluewater today.
21st July: Wallace and Gromit are booked to appear at White Rose Shopping Centre in Leeds.
21st July: Ben Tennyson will be at The Entertainer in Wandsworth.
21st & 22nd July: Chase and Marshall continue their busy month with appearances at Animal Farm.
22nd July: Mr Adventure will be at Heathrow Airport terminal 3.
23rd July: Today it will be Little Miss Explorer’s turn to appear at Heathrow terminal 3.
25th July: Skye and Rubble are heading to Drusilla’s Zoo Park in Sussex.
26th July: Drusilla’s will be hosting Peppa Pig and George today.
27th July: Peter Rabbit will be heading to Camp Bestival in Dorset.
28th July: Racegoers at Newmarket Racecourse might be lucky enough to spot Bing & Flop.
28th July: The Gruffalo is booked to appear at St. George’s Shopping Centre in Preston.
28th July: PAW Patrol trio Chase, Marshall and Skye are at Nene Valley Railway today.
29th July: Paddington will be appearing at Camp Bestival in Dorset today.
29th July: Fireman Sam will be at Bressingham Steam Railway and Gardens.
29th July: Captain Barnacles and Kwazii are appearing at Castle Mall in Norwich.
29th & 30th July: Folly Farm in Pembrokeshire will have appearances from Skye and Rubble.
31st July: Teenage Mutant Ninja Turtles, Leo and Raph, will be at Drusilla’s today.
31st July: Mr Adventure will be rounding off the month at Heathrow terminal 5. 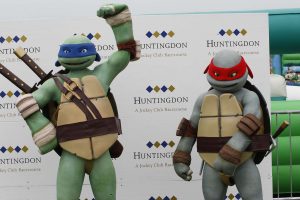