UEFA Women’s EURO England 2022 mascots – Kai, Ashley and Robyn have been traveling around the nation this month greeting football fans! With the mission to encourage children to be active, they would like to ensure that everybody, everywhere has the opportunity to play football! Congratulations to England on their win in the WESUROS 2022 […]

Rainbow had the most amazing time taking part in the Queen’s Platinum Jubilee Pageant! As part of a group of almost 10,000 performers, 29 of our licensed characters took part in the event, including the Peppa Pig Family, The Teletubbies, Paddington™ and The Wombles. It was an honour to participate in the celebration of Her […]

May was packed with joy and excitements! At the beginning of the month, Midco Toy Planet has invited Blue from Blue’s Clues, CoComelon’s JJ and Pokemon’s Pikachu as special guests to their shop opening in Derby, while hero pups Chase & Marshall visited Epping Ongar Railway at North Weald station, bringing the passengers a memorable […]

Simon Foulkes, managing director of RAINBOW PRODUCTIONS, the UK’s official supplier of licensed children’s characters, completed the St Raphael’s Hospice’s first ever ‘I’m a Director…Get Me Out of Here!’ fundraising challenge which took place last month at the Old Ruts Rugby Club in Wimbledon. Simon managed to raise of £1,400 which will go on […]

April was full of laughter and joy and our characters were busy in action up and down the UK! Bing made a suprise visit to Water Garden Shopping Centre, in the heart of Harlow town to meet the Bingsters. To kick off the OINKtastic holiday, cheeky Peppa Pig visited Buckinghamshire Railway Centre to meet with […]

March kicked off with the 25th Anniversary of World Book Day! And to celebrate, The Gruffalo joined in the festivities at Crown Point Shopping Park in Leeds, while children listened to tales of Peppa’s adventures when she appeared during story time sessions at Hamley’s in London. Meanwhile, popular pups Bluey & Bingo continued to […]

February proved to be a very exciting month for our characters! As part of Peter Rabbit’s 120th anniversary celebrations, PETER RABBIT™: Explore and Play is now open in Blackpool. A multi-sensory attraction based on the world-famous animated TV series enables visitors to hop into the oversized world of Peter Rabbit and friends. Visitors can adventure […]

The Toy Fair made a welcome return to the halls of Olympia London last month! The aisles were once again busy with exhibitors, attendees and of course the colourful character costumes!  Visiting the show for the first time were Baby Shark, Bluey & Bingo, Care Bears’ Cheer & Grumpy, Elfie & Elvie, Jon & Blitz […] 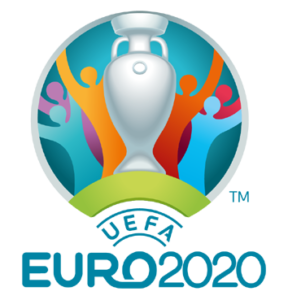