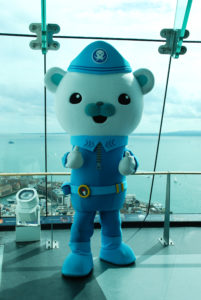 August has flown by here at Rainbow Productions thanks to our jam-packed schedule of character events. The PJ Masks have been appearing at Intu Shopping Centres up and down the country as part of their Hero Training Academy events programme, much to the delight of fans. The likes of Peppa Pig, The Grufallo and Octonauts’ Captain Barnacles and Kwazii have also made multiple appearances over the summer holiday period. It may be nearly time to go back to school but we have plenty of licensed events coming up to banish those blues. As ever, all events listed below are subject to change:

1st September: Ben Tennyson will be appearing at The Entertainer in Cambridge.
1st September: Fellow Ben10 character, Heatblast, will be at Smyths in Epping today.
2nd September: PJ Masks duo Catboy and Owlette are booked to appear at The Forest Centre in Bedfordshire.
5th September: Butlins in Minehead will be hosting PAW Patrol’s Chase and Marshall today.
8th September: Mr Tickle, Mr Bump and Little Miss Sunshine will all be appearing at Centre Court Shopping Centre in Wimbledon.
8th September: The Gruffalo will be meeting and greeting fans at West Somerset Railway in Minehead.
9th September: Visitors to Colne Valley Railway in Essex might be lucky enough to spot Peppa Pig.
9th September: PAW Patrol’s Chase will be making a solo appearance at York Racecourse. 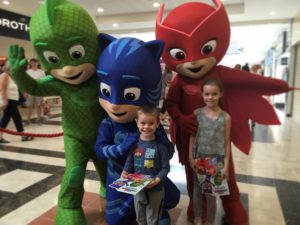 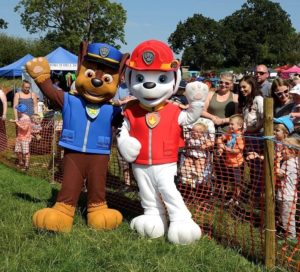