Cheestrings are a firm snacking favourite in family households, so Rainbow Productions were thrilled when Kerry Foods brought them on board to bring their well-loved on-pack character, Mr. Strings, to life. 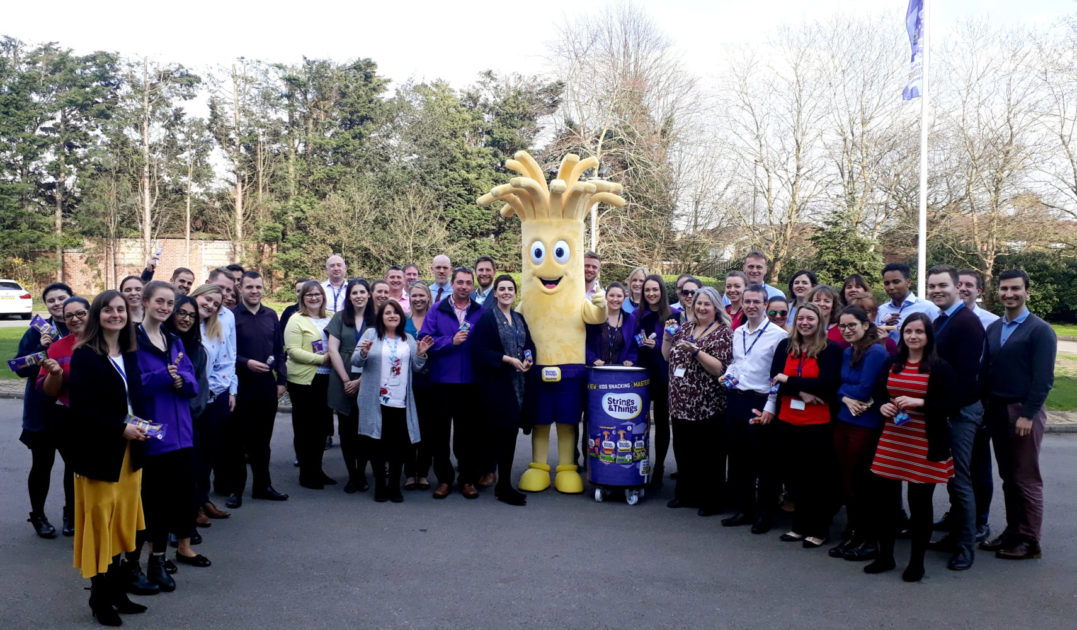 The character first featured in the brands TV advertisements and later as the mainstay on the packaging designs.

“Mr. Strings has been an essential part of Kerry Foods for nearly 23 years and the character has appeared on the pack since it first launched in 1996 therefore, it only made sense to have a physical manifestation of the beloved Mr. Strings.”, comments International Brand Manager Colm Casey.

The Mr. Strings costume character was first used at the international launch of their new Strings & Things brand, which now includes Yollies and Cheeshapes.  By transforming him into a mascot costume, Kerry Foods were able to add an interactive element to the launch where he received a wonderful reception.

“The feedback we have received on this current costume has blown us away. It is without a doubt the most expressive and life like costume we have ever had.” continues Mr Casey.

Commenting on Rainbow Productions involvement, Sales Executive Kerry Tanner said “It was a pleasure to work with Kerry Foods and to be part of the process to bring Mr. Strings to life.  Seeing the delighted reaction to him at the unveiling of the costume was fantastic! He looks incredible and I can’t wait to see him at future events having fun promoting the brand!”