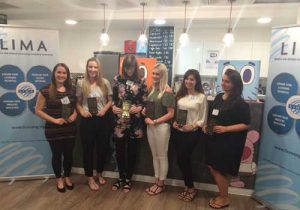 The Rising Star Award winner will be revealed on stage in front of the licensing industry gathered for the annual Licensing Awards.  The event takes place in The Great Room at The Grosvenor House Hotel, Park Lane, London on Tuesday 16th September 2016.

“… The judges found that picking just six from a field of really high quality candidates was a desperately hard job.  I’m proud to note that their selection also reflects favourably on our industry’s great record of recognising and developing careers for women.”