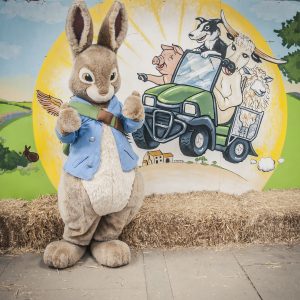 Spring is fast approaching and we have plenty of character events in the diary to keep you entertained. The end of March sees the start of the eagerly awaited Easter holidays which will see plenty of fan favourites in action from PJ Masks to PAW Patrol.
This time of year usually sees Peter Rabbit become a very busy bunny and this year is no exception, he’ll be meeting fans at venues across the UK and Ireland.
As ever, all events listed below are subject to change. 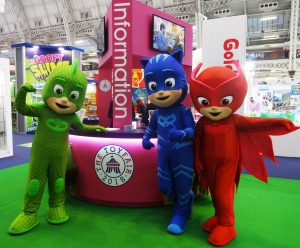 3rd March: Newcomer Zak Storm will be appearing at Midco Toys in Burton.
3rd March: Peter Rabbit kicks off a busy month with a narration event at Castlepoint Shopping Centre in Bournemouth.
3rd March: Ben and Holly are booked to appear at Old George Mall in Salisbury.
3rd March: The ever-popular Paddington is heading to Eastbourne Arndale.
4th March: PJ Masks Owlette and Gekko will be at Woburn Safari Park.
4th March: Shoppers at Eastbourne Arndale will be treated to appearances from Peter Rabbit today.
4th March: PAW Patrol duo Chase and Marshall are appearing at Huntingdon Racecourse.
10th March: Peppa Pig and Mummy Pig will be making appearances at Bunnings in Penge.
17th March: Chase and Skye from PAW Patrol are heading to Bunnings in Walton on Thames.
17th March: Friar’s Walk in Newport are playing host to Peter Rabbit.
23rd March: Peter Rabbit continues his jam-packed month by appearing at Heathrow Airport today.
24th March: Chase and Marshall are booked to appear at B&Q in Norwich.
24th & 25th March: Peppa Pig will be spending this weekend at Llangollen Railway in North Wales. 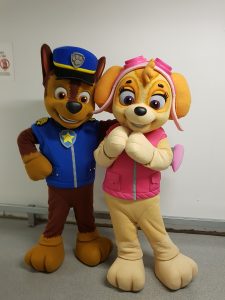