There are so many unforgettable mascots… the list just goes on and on! Here are just a few of those lovable characters that have won our hearts and still grace our TV screens and merchandise to this day. 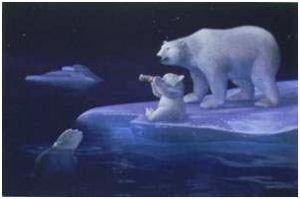 Wow, almost 100 years old! Coca Cola’s fluffy friend first appeared in 1922 on a print advertisement. The bear has been used as their mascot ever since, but really came to life in 1993 when Coca Cola ran their ‘Always Coca Cola’ campaign. This consisted of 27 computer animated commercials featuring the bear. It was this string of magical advertisements that really put the cuddly-looking creature on the map. He became an iconic symbol overnight! 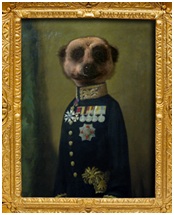 These comical, anthropomorphic, Russian meerkats arrived on our TV screens in 2005. The cheeky little chaps had us in stitches and immediately became legends in the mascot world. Following their successful advert campaign, comparethemarket.com became the 4th most visited insurance website in the country and doubled their overall sales.

Aleksandr, Sergei and Baby Oleg continue to appear in comparethemarket.com adverts, with a Meerkat Movies campaign and also a sponsorship deal with Coronation Street. They have their own line of soft toys, a book release and Aleksandrhas almost 750,000 followers on Facebook. 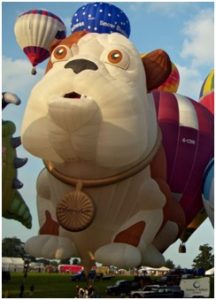 Churchill Insurance introduced their nodding dog mascot in 1996, selling characters to sit in customers cars. The dog became the face of the brand and attracted a lot of attention with his ‘Oh Yes!’ advert campaign.

Churchill the dog continues to be an iconic mascot, appearing in pantomimes and doing appearances at holiday camps around the country. 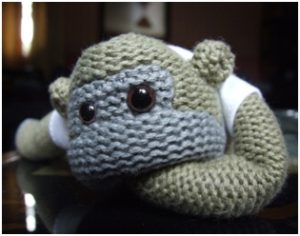 Monkey was originally created by The Jim Henson Company. He appeared in ITV Digital advertising campaigns before becoming the face of PG Tips along with Johnny Vegas.

The rights to the character are owned by Comic Relief. All profits made from merchandise go to the charity. 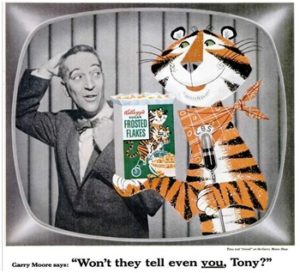 The Ultimate breakfast cereal icon, Tony the Tiger made his debut in 1952 and is used to advertise Kellogg’s Frosties and others to this day.

One of the most beloved and successful cartoon mascots in existence, Tony’s distinctive voice and familiar catchphrase ‘They’rrrre grrreat!’ is known around the world. The creator of the character attempted to humanize the Tiger, giving him a masculine silhouette and even creating him a family in the 1970s – Mama Tony, Mrs. Tony and daughter Antoinette. This is undoubtedly part of the mascots appeal.

Whilst Tony the Tiger is still seen in American advertisements, he has disappeared from all UK advertisements along with other characters plugging sugary and fatty foods in an attempt to tackle childhood obesity. 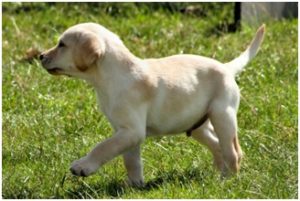 The Andrex Puppy was almost an Andrex Girl! The original 1972 advert originally planned for a little girl to run through a house with a roll of Andrex trailing behind her. TV regulators decided it would encourage children to be wasteful and so the decision was made to use a puppy instead. What a decision it was!

The cute pup was adored by the public and has been used as the face of the brand ever since. There have been a grand total of 130 adverts made featuring cuddly canines. 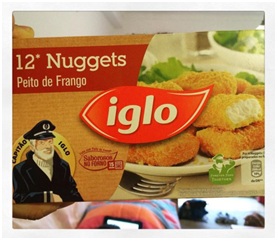 Captain Birdseye, or Captain Iglo as he is known in some parts of Europe, has been gracing our fish finger boxes and TV screens since 1960s. The brand killed him off in 1971 but just 3 years later they decided to resurrect him due to a drop in sales.

The white-bearded, jolly sailor will go down in history as one of most memorable and lovable mascots.

A laid back, freezer-dwelling polar bear is now the face of Birdseye.