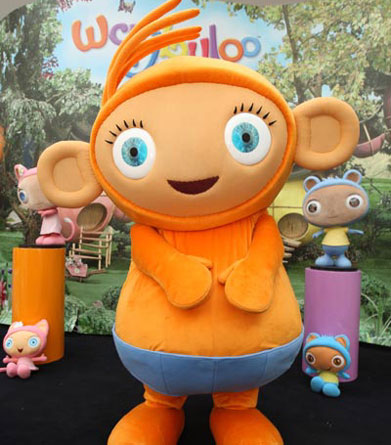 With increased leisure time available to many families over the Easter period, shopping centres, retail outlets and visitor attractions across the UK will be hosting events and activities in a bid to entice even more families to their venues.

The clocks have gone forward an hour as we welcome British Summer Time (B.S.T).  With a bit of luck the UK weather should also be more like spring during April.  Not forgetting that April will bring two Bank Holidays during the middle of the month, giving many people an extended four day weekend.

Easter proves to be a particularly busy time of year for events featuring licensed children’s characters represented under licence by Rainbow Productions, the company who manages their presence at venues across the UK on behalf of the respective brand owners. As well as meet and greet guest appearances by famous children’s television characters such as Fireman Sam, Tree Fu Tom and Scooby-Doo, Rainbow Productions will also be delivering mini shows – such as Postman Pat’s ‘Special Baking Service’ at Crealy’s Adventure Park in Devon on 9 April.  Other character activities taking place in April include Piplings’ characters Yojojo and De Li from Waybuloo performing their interactive Yogo sessions at Brent Cross shopping centre on 26th April. On Easter Sunday and Easter Monday the historic house visitor attraction Blenheim Palace has arranged for Mummy Pig, Daddy Pig, Peppa Pig and George to visit, complemented by a branded Holiday Fun standee, enabling youngsters to pose within a beach scene alongside characters from the television show.