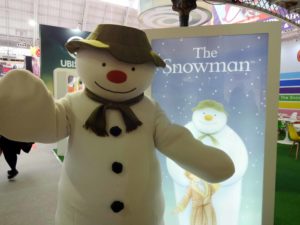 2018 will soon be drawing to a close but we still have plenty of events for you to enjoy during the festive period.

Twenty children’s characters will be attending the Intu Merry Hill Parade on 8th December and you can expect plenty of appearances from The Snowman, The Snowdog and Father Christmas at venues up and down the country.

All event listed below are subject to change.