Events with Added Character This June 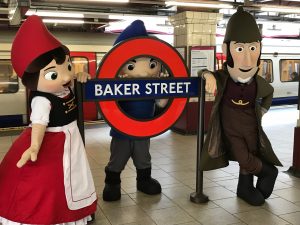 Summer finally seems to have arrived in the UK and we’ve got plenty of licensed character events coming up to help you keep the kids entertained. All of your favourite licensed characters will be out and about seeing their fans at venues up and down the country. From Peter Rabbit and PAW Patrol to The Octonauts and The Gruffalo, there’s something for everyone.

All events listed below are subject to change. 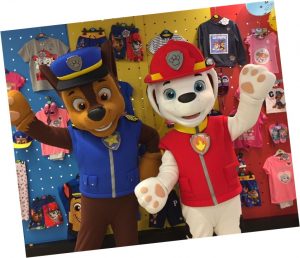 1st June: Fireman Sam and Norman Price will be starring in a mini show at Crealy’s Devon.
2nd June: The ever popular Peter Rabbit will be at The Water Gardens in Harlow.
2nd June: PAW Patrol’s Chase will be participating in a narration at The Milky Way in North Devon.
2nd June: Skye and Rubble are heading to West Somerset Railway.
2nd June: Trolls Poppy and Branch will be at The Entertainer in Warrington today.
3rd June: Owlette and Gekko from PJ Masks will be taking a walk on the wild side at Woburn Safari Park.
6th June: Popular pups Chase and Marshall are booked to appear at Butlins in Minehead.
8th June: Ben 10 favourite, Heatblast, will be at Smyths in Dundee.
9th June: Octonauts character Kwazii will be making a solo appearance at the National Maritime Museum.
9th June: Wheelgate Park in Mansfield will be hosting Rubble and Skye.
9th June: Peter Rabbit will be at Nene Valley Railway in Peterborough.
9th & 10th June: The Gruffalo will be swapping the Dark Wood for Greenwood Forest Park in Bangor.
10th June: Chase and Marshall are heading to Nottingham Racecourse. 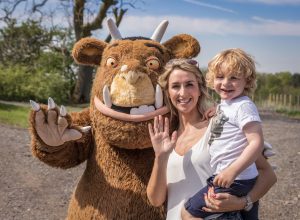 12th June: Teletubbie Po is going to be at Dudley Zoo.
16th June: Peppa Pig and George will be making appearances at Flamingo Land.
16th June: Poppy and Branch will be meeting fans at Smyths in Norwich.
16th & 17th June: Catboy and Owlette will be at Animal Farm in Burnham on Sea this weekend.
17th June: PAW Patrol trio Chase, Marshall and Skye are booked to appear at Doncaster Racecourse.
19th June: Tinky Winky will be at Blackpool Zoo.
23rd & 24th June: Romney, Hythe and Dymchurch Railway will be playing host to Paddington.
24th June: Marshall will be appearing at Woburn Safari Park in Milton Keynes.
24th June: Peppa and Daddy Pig will be Wheelgate Park.
24th June: Visitors at White Post Farm in Nottinghamshire might be lucky enough to spot Bing & Flop.
30th June: Chase and Marshall will be rounding off a busy month at Newmarket Racecourse.
30th June: Chekky little pigs Peppa and George will be at Fantasy Island Skegness.
30th June: The Gruffalo will be at Bradford Broadway for a meet and greet.