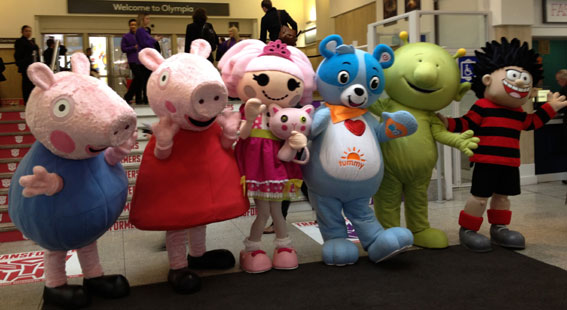 The month of February is set to be a busy month of character activities, with retailers, shopping centres and promotional partners all ramping up their marketing activities over the Half Term school holidays to provide free added entertainment for family audiences.

Character meet and greet appearances managed by Rainbow Productions offer the public opportunities to interact with famous children’s brands at a broad range of venues across the UK, including racecourses, airports, visitor attractions, toy stores and shopping malls.

A selection of character events scheduled for February is included, below.  Each event day will involve character appearances and experiential activities at intervals throughout the day. The information is correct at the time of going live although both the licensed character and the associated location for the event are subject to change.