Some of The Best Kids TV Characters of All Time

Originally created by Warner Bros to compete with Walt Disney’s Mickey Mouse short cartoons, Looney Tunes soon surpassed their competition and is still considered to be one of greatest cartoons of all time… almost 90 years on!  Aired for the first time in 1930, the nation fell in love with the likes of Daffy Duck and Bugs Bunny. 1944-1964 was described as ‘the golden age’ with an incredible list of recognisable characters created in this time. Looney Tunes finished in 1969, however several spin-offs have been created since. Looney Tunes is still relevant in today’s culture and is still watched by children and adults all over the world. 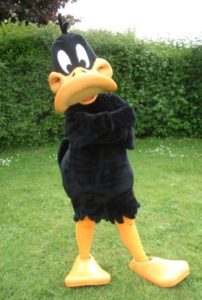 Created by William Hanna and Joseph Barbera for Metro-Goldwyn-Mayer, Tom & Jerry first aired in 1940. 114 short films were made between 1940 and 1958, with an additional 13 episodes created in the early 1960s. With great slapstick value, the cartoon grew quickly in popularity, with the comedic rivalry between the two title characters appealing to all ages. Tom and Jerry soon became the highest-grossing animated series of its time, taking over from Looney Tunes. A number of spin-offs have been created since the 1960s, with the most recent being The Tom and Jerry Show, which has been running from 2014 to present. 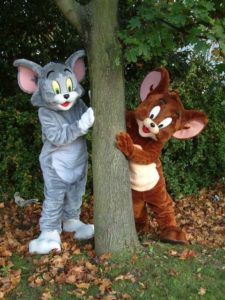 The critically acclaimed Thunderbirds series were a follow up to previous Supermarionation productions Four Feather Falls, Supercar, Fireball XL5 and Stingray. First aired in 1965 on ITV Network, two series were made comprising of 32 episodes in total. The programme was set in the 2060s and followed the gallant Tracy family, with Ex-astronaut Jeff Tracy at the head of the family and his five sons who piloted the Thunderbird ships. They were a life-saving organisation with technologically-advanced land, sea, air and space craft, kept in a secret base in the middle of the Pacific Ocean. Received well by the public and critics alike, Thunderbirds is now considered to be one of the greatest science-fiction programmes in history and has had a huge influence on other TV programmes, films and other media.  A new series aired in 2015 to mark the 50th anniversary of the show.  5, 4, 3, 2, 1… Thunderbirds Are Go! 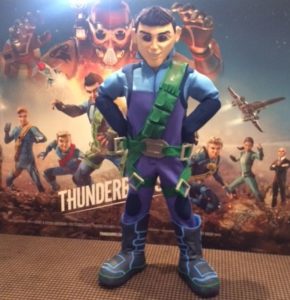 We first came across Paddington Bear in 1958, when he appeared in series of books by Michael Bond. The famous TV series was first produced in 1975 and was based on comedic incidents from the original books. With his distinctive appearance, Paddington soon became an icon in British culture and still is to this very day. The man responsible for the marmalade-loving bear’s striking look is animator Ivor Wood, who also worked on classic shows such as The Magic Roundabout, The Wombles and Postman Pat. Paddington was the first British animated series to win a medal at the New York and Television Festival and received general critical acclaim. Paddington the movie was released in 2014 and was considered a great success. A sequel is scheduled for November 2017. 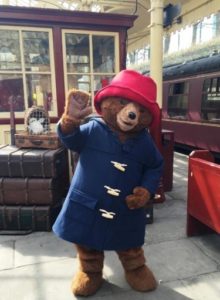 Created by Mark Hall and Brian Cosgrove, Danger Mouse was first aired in 1981 and ran until 1992. It was a parody of popular spy fiction such as Danger Man and James Bond, with plenty of quick-witted British humour which appealed to teens and adults too. It was a rapid success with 21 million viewers by 1983. It was the first British cartoon to air on Nickelodeon in 1984 and was the first British cartoon to be in syndication in the U.S. Danger Mouse came third in Channel 4’s recent list of 100 Greatest Kids TV Shows and is generally regarded as a huge icon in British culture. 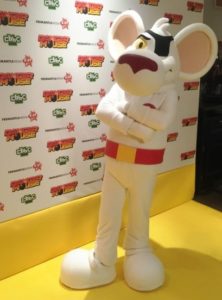 We first met Thomas the steam locomotive in 1946 in The Railway Series books created by Reverend Wilbert Awdry. As the most popular character from the books, several attempts were made to turn Thomas into a TV star, but it wasn’t until 1984 that Thomas & Friends hit our screens and became a resounding success. Shown all around the world, Thomas & Friends has won several awards and is still going strong, now on its 20th series. 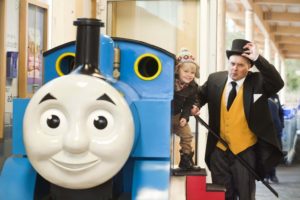 Created by Matt Groening, The Simpsons depicts working-class American life in a satirical fashion. Originally created to feature on The Tracy Ullman Show in 1987, the first prime time half hour show aired in 1989 on Fox. 618 episodes have been broadcast to date and The Simpsons is now in its 28th season. It is the longest-running US sitcom, longest-running animated programme and longest-running scripted prime time TV series! The animation received widespread critical acclaim, with the first nine series considered to be the best.  A feature length film The Simpsons Movie was released in 2007 and was hugely successful.  The 29th series is now being aired and will run until 2019. The Simpsons even have their own star on the Hollywood Walk of Fame! 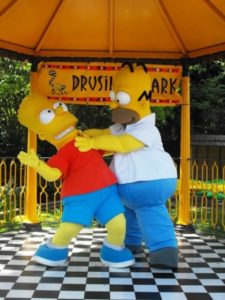 Created for pre-school children, the original Teletubbies series aired from 1997-2001. The show became an international hit almost overnight, reaching what was described as ‘cult status’ in a very short space of time. The Teletubbies are instantly recognised throughout popular culture and have appeared in shows such as the Vicar of Dibley and The Simpsons. Communicating in gibberish, the colourful, antennae-wearing creatures are designed to resemble young children and have won the hearts of young and old. With its high production value, the show has won several BAFTA and Emmy awards. A new series of the show which started in 2014 has been aired in over 120 countries in 45 languages and is still running. 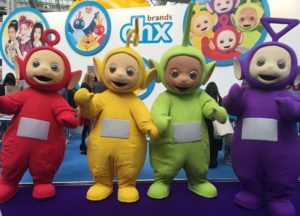 Originally aired in 2004, Peppa Pig is now showing its 5th series on Channel 5’s Milkshake and Nick Jr.  Shown in 180 territories, the friendly anthropomorphic pig and her comical family have taken the world by storm. Tots love watching Peppa and co go about their everyday activities such as swimming, going to playgroup and riding bikes.  Peppa Pig has grossed over £200 million in UK merchandise sales alone. 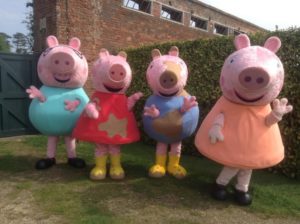 PAW Patrol is the latest obsession among youngsters and is showing signs of becoming a long-lasting and iconic brand. Shown in 165 countries, the Canadian CGi series focuses on a young boy called Ryder who leads a pack of rescue dogs. Each dog takes on role of a real-life profession such as fire-fighter or police officer. Consistently the highest-ranking show on Nickelodeon and other channels since its launch in 2013, PAW Patrol also has an extremely successful media franchise with an ongoing line of toys.  Watch this space! 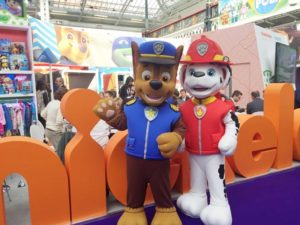