INFORMATION FOR BOOKING Four Arms FOR A CORPORATE APPEARANCE

Four Arms is the most used alien from the original Ben 10 series.  He is super strong with four powerful arms, four eyes and armour-plated skin which is completely fire and laser proof.

By clapping all four hands at once he creates shock-waves and he uses his powerful punches to solve any problems.  Four Arms can jump high enough to leap over several houses at one go! 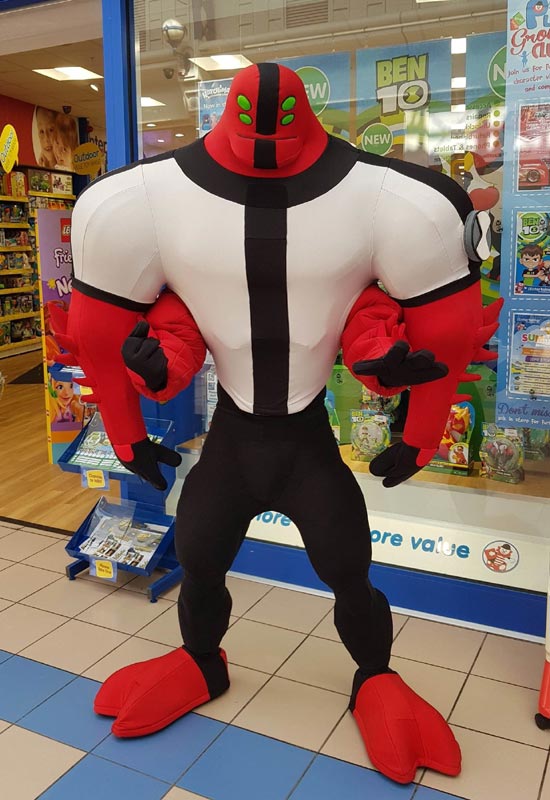