If you’re a parent, you’ve most likely watched innumerable episodes of PAW Patrol. Your child has probably grabbed the TV remote control and simply uttered “Woof!” – your cue to turn on the much-loved series.

Sure, you may know you can book PAW Patrol costumes from us, but did you know any of these juicy facts about Ryder and his gang of plucky pups?

So, without further ado, here are seven secrets about the PAW Patrol characters you may or may not know…

1. Ever wondered why “PAW” is spelled in all upper-case lettering? PAW stands for either “Pups at Work” or “Protect and Wag”. 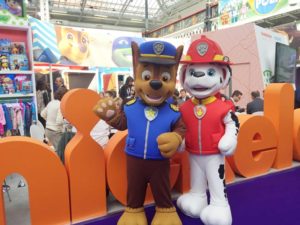 2. Did you know? Each pup is a particular breed of dog, bar Rocky who’s a mixed breed. Marshall is a Dalmatian, Chase is a German shepherd, Rubble is a bull dog, Everest is a husky, Skye is a cockapoo, Tracker is a chihuahua and Zuma is a chocolate Labrador.

3. The TV hit is incredibly popular in the UK and France, but PAW Patrol is also broadcast in North America and in more than 160 countries.

4. The series is a Canadian production, initiated in 1994 by two childhood chums and University of Western Ontario grads, Ronnen Harary and Anton Rabie. 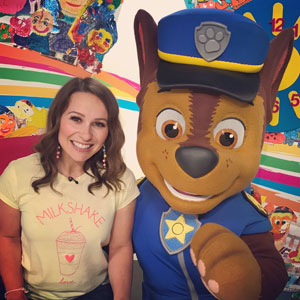 5. The programme was produced by British TV producer, Keith Chapman, creator of the hugely successful Bob the Builder.

7. August 2013 was when the first season of PAW Patrol first aired in TVOKids, Canada. Not long after its broadcast, it was picked up by American kids’ TV giant Nickelodeon. Psssst! Spin Master Entertainment has confirmed that fourth, fifth and sixth seasons are in the making. 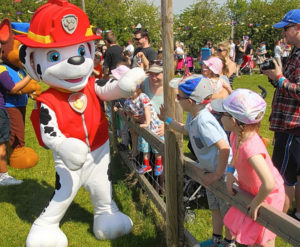 From Ryder to Rocky, children get engrossed with excitement and wonderment for the epic adventures. So, come take a look and make the films come alive with one of our fabulous PAW Patrol mascots.